We wrote about Imagini on February 26th - Imagini Comes of Age. Now Imagini has launched the beta launch of VisualDNA Shops a monetization widget that enables every blogger and web publisher to easily add personalized product recommendations, and start generating detailed demographic, psychographic and behavioral analytics of their visitors. VisualDNA Shops delivers real-time product suggestions from Amazon.com to every site visitor, based on responses to a series of simple visual questions. Products range from mobile phones to travel accessories, digital cameras and gadgets and products from sites such as eBay and Shopping.com are planned in the coming weeks.

VisualDNA Shops allows bloggers and publishers of any size to connect and understand more about their visitors’ preferences as well as providing a new way to monetize their traffic, since a percentage of every purchase is paid directly to the website or blog owner. VisualDNA Shops draws upon Imagini’s proprietary recommendation engine that it is powered by millions of users, enabling suggestions to be drawn from like-minded visitors from all over the world. Given that Amazon alone has more than 96,250 digital cameras in stock, and the keywords “mobile phone” in Google nets 204 million results, this is also a tool that will help consumers navigate the seemingly endless choices by tapping into the collective likes and dislikes of global consumers on a scale never previously possible.

We have popped a phone shop in the sidebar of this blog. It took about 5 minutes.

VisualDNA Shops is also available as a Pro version for $2.99 a month. This comes with advanced analytics that allows site owners and bloggers to view the types of visitors that come to their webpage, as well as who they are and what appeals to them. The Pro version also allows for new products to be suggested to different types of shopper, and "Similar Site" analysis that shows visitors other sites visited by people with similar preferences. These shared links will directly enhance search engine optimization (SEO).

The tools for publishers - aimed at monetisation and enhancing SEO, traffic and engagement are improving all the time.
In TAG's portfolio they include: bit.ly, Daylife, Skimlinks, UserVoice, Webmynd and Zemanta

Posted by Unknown at 6:49 am No comments:

We are pleased at TAG to announce the launch of microsyntax.org — a
non profit organisation to help shape and codify the use of structured syntax
within real time data streams - like Tweets.

Users are increasingly coming up with their own microsyntax and abbreviated Twitter grammar to make their Tweets more expressive. RT, @ and # are already part of the venacular.

The purpose of Microsyntax.org, is to investigate the various ways
that individuals and tool providers (like Tweetdeck)
are trying to innovate around this sort of microsyntax.
We hope to create a forum where alternative approaches can
be discussed and evaluated.

Stowe Boyd is leading the effort — charter funding from Betaworks and TAG —
details and the manifesto on the site, microsyntax.org.

Read Techcrunch on Microsyntax .... together with all the twitter-bashing comments .... :)


Reblog this post [with Zemanta]">
Posted by Unknown at 7:21 am No comments:

Suggestion Box for the web

TAG has long been an advocate of the Silicon Valley approach to evolving winning web sites. Get something out quickly - an Alpha version - to a handful of supportive and friendly users. Listen hard to their comments, improve, redesign and get the Beta out and keep listening, iterating.

We have joined the group of angels backing a simple to install, white label tool - Uservoice - which elicits Customer Feedback and Idea Generation based on “Ideas Anywhere” Approach.

A new white-label widget and ZeroLogin single-sign-on solution can be branded and deployed within minutes.

Companies can try the new tool at: http://uservoice.com/widgets.

UserVoice provides hosted community sites where people share their ideas for how to improve a product, service, process, institution, or city. Users vote up the best ideas to give a clear picture of what they want in a fraction of the time and expense it would take with traditional solutions (e.g., emails, surveys, focus groups). Additionally, with users organized around specific ideas, organizations can easily respond to them as a group and create ongoing dialogue around specific issues, which is much more effective than the classic newsletter. As a result, people feel heard and gain a sense of ownership in the solutions they come up with, thereby building a new kind of brand affinity.

Companies can also leverage UserVoice internally to crowdsource ideas from employees on various projects. This same feedback approach can be applied in a number of different vertical markets as well — university administrators can discuss funding issues with students; politicians can work with their constituents on new propositions; and rock bands can connect with their fans about what they'd like to see on tour.

Since UserVoice is easy to configure, any organization can integrate and launch within a day or two for as long or as little a duration of time as needed. The flexibility lets administrators generate an “ideas anywhere” solution to complement existing efforts or create new channels of feedback. UserVoice is optimised for fast, affordable deployments that don’t require a lot of planning or resources from IT departments, offering an end-to-end white label solution — branded, domain-alias, single sign on, and with open APIs for creating unique, custom integrations.

For additional perspectives, please visit the UserVoice blog at http://blog.uservoice.com.

Reblog this post [with Zemanta]">
Posted by Unknown at 9:36 pm No comments:

A price comparison service that allows consumers to get cheaper mobile phone deals by monitoring their online bills was accredited by Ofcom on Thursday last.

That service is Bill Monitor. I wrote about Optimor, Bill Monitor's creator back in November 2008 when the Alpha version of the product (code named Karoosh) was being released.

BillMonitor’s price comparison calculator has been awarded the Ofcom price accreditation scheme logo for meeting the terms of a rigorous independent audit. The audit checks whether the information provided to consumers is accessible, accurate, transparent, comprehensive and up to date. BillMonitor is the first mobile price comparison service to have their calculator accredited by Ofcom.

BillMonitor uses advanced statistics to find the best mobile price plans for consumers across the five network operators 3, O2, Orange, T-Mobile and Vodafone. The comparison engine was developed by BillMonitor’s team of mathematicians with scientific advisors from the University of Oxford.

BillMonitor’s service is available as:

- a one-off Tariff Search, where a consumer can enter minutes and texts used, as well as overseas calls, picture messaging and data usage.

BillMonitor analyses historical usage patterns to predict future usage and can keep consumers updated on the money they could save as the networks change their price plans.

Ofcom research shows that 57 per cent of mobile users are more likely to shop around if there is information available to calculate the cheapest supplier based on usage and 50 per cent are more likely to trust an accredited price comparison website.

How much could you save?

The following three anonymous users who used the online Bill Tracking service demonstrate how BillMonitor can help consumers to save money.

Consumer A is a light user on a contract with more inclusive minutes/texts than she uses, paying on average £31.33 per month. Bill Monitor recommended that she switched provider to reduce her average bill to £16.34 (saving over £15 a month) and still leaving her free minutes most months. Without switching provider, she could still save £11.41 a month by changing price plan with her current provider.

Consumer B currently has a monthly contract with no add-ons. He calls and texts Turkey, France, USA and Greece and has roamed while in Vietnam, Cambodia, Thailand and Greece. He pays £83.96 per month on average. When BillMonitor analysed his online bill, it recommended that he switch to a different provider and use their free roaming add-on which would reduce his average monthly bill to £67.52 (saving over £16 a month).

Consumer C is rarely off the phone. He uses an average of 2179 minutes and 853 texts and pays £209.50 per month. By using Bill Monitor he managed to bring his bill down to £68.68 by changing price plan with his current provider and saved a huge £140 per month.

Since the OFCOM announcement, there has been tons of coverage in the major broadsheets and in the Sun and the Mirror. Clearly, Bill Monitor has struck a chord.

Stelios and Ofcom's chief can be seen on BBC2 working lunch tv program .

Optimor has been bootstrapped by the founders (Dr. Stelios Koundouros, Prof. Chris Holmes and Dr. Nicolai Meinhausen) and seed funded by grants and by TAG.

A funding round is currently being considered.

The Evening Standard's piece on Skimlinks' new Twitter initiative tops a round of pretty extensive publicity that Alicia has generated for her fledgling business.
Techcrunch, which has liked the business from the start, covered their latest sales milestone and funding here.

Her idea for monetising Tweets is simple and uses the Skimlinks technology to follow links via 19 affiliate networks through to many thousands of retailers:

The project, called good.ly, allows people to recommend items such as books, electronic items and clothes by putting a link on Twitter.

When a person clicks on the link, they go to the retailer's website. If they buy the item, a proportion of the sale price goes to a charity — currently Dogs Trust, a fund for rehousing, or Crisis for homeless people.

To use the service, users log on to a shopping website and go to the page that shows the item they want to recommend. They then copy its webpage address into a text box at
www.good.ly.

When they press return, good.ly creates a message — or tweet — with the link on the Twitter website.
A commercial version of the system is being sold to publishing companies.

Alicia has been shortlisted for The Entrepreneur of the Year at the National Business Awards, together with:

[BTW, Sara was an adviser to Seedcamp when it first set up in 2007] 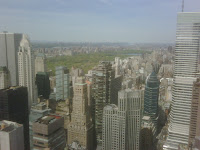 I just spent 3 weeks working out of . You can feel the buzz and the energy even in these difficult times.

There is a lot happening on the East Coast in the web start-up scene.

Just as many of the digital media, real time web start-ups on the west coast choose to set up in – rather than – and have got their attractions too.

An example is Daylife, a TAG investment of some 4 years vintage. Its hard to imagine them based in a better place than , surrounded as they are by the large scale publishers who use their technology.

is, after all, media city – all the TV networks are there, IAC is there, the ad agencies, the Investment banks and a few really good tech investors.

Union Square Ventures are as good as any and better than most – with a string of great companies in their stable….and of course Fred Wilson’s blog is required reading (but you can do that from home!)

John Borthwick and Andy Weissman of Betaworks have an original approach to developing Digital businesses – or if you prefer, a new type of media company.

Veteran (or should that be founder) of the Venture Capital industry like Alan Patricoff is turning his Greycroft Partners towards digital media in a serious way and has already built a portfolio of interesting companies.

Sure, for deeper tech you’ll need to go to – where Atlas and other famous VCs are based – but for content and digital media, NY is hard to beat.

Of course, the NY economy is so huge that start-ups are hardly noticeable. Not like SF or where every bar, café and restaurant is an opportunity to meet and greet the like minded. There is something to be said, however, for operating below the radar.

On the other end of the scale, , where Moo chose to set up their distribution and customer service centre has welcomed Moo with open arms and can’t do enough to help. Meetings which Richard and Brian had with the Governor and Mayor indicate their commitment to promoting start-ups in the state.

Reblog this post [with Zemanta]">
Posted by Unknown at 11:04 am No comments: