Congratulations to those companies listed in Library House's ranking of Europe's Top 100 Media technology companies.
One does get somewhat justifiably cynical about these awards or rankings but one must respect Library House's credentials as a leading research house for this industry and the advisory board was comprised of people from all the leading investors in the ecosystem.

The roll of honour had Moo at no 2 and Stardoll at No 10. The other TAGsters listed are:
Netlog and Zemanta in Community, Mind Candy in Games, MoveMe and Zoopla in Search and Directories and OpenX in Advertising.

Now..... gain in market share is a survival imperative!

In times of recession and rapidly slowing consumer expenditure, relying on momentum in the market for maintaining profitability is no longer an option.
Even eCommerce - although it is predicted to take more share of retail sales - will see its rate of growth slow further.
So, gaining market share (a bigger share of shrinking wallets) is a business imperative.

This could be one of the main reasons why TAG backed company, Fizzback, is gaining such traction.
Fizzback provides a service to retailers and other service providers which elicits feedback - at the point of experience. Its a unique service in that it enables consumers to tell the retailer what they think about their products and service while they are in situ.
Its sophisticated artificial intelligence engine (using NLP, Natural Language Processing) interprets customers comments in free form and analyses these comments, presenting them to the company through a web dashboard.
The fiercely contested mobile industry has widely adopted the fizzback service to get really close to their customers eliciting feedback in real time.
Major retailers like Tesco, Marks $ Spencer, HMV and others are testing and rolling out Fizzback across their stores. Read Retail Week's article of last week on the subject.
Tesco are famous for having built one of the great retail business by listening intently to their customers and react.
The companies that emerge best from this recession will be those that get really close to their customers, listen well and react with speed to their requirements.

There are a number of services that provide on-line feedback but few that enable consumers in an offline environment to provide feedback via SMS, voice, email. Fizzback is one.

Awards are not certain indicators of success or even of great products but having a string of them clearly shows Fizzback is on the right track.

I wrote about Fizzback back in July and at that point its brand was just begining to enter the conciousness of the Customer Experience sector.

Optimor, a business for our times 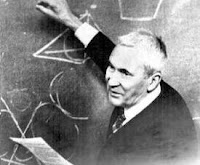 The last thing consumers are going to give up in these times of frugality is their mobile phone. Their link to the world.
But, they will certainly want to spend less on these phones.
Currently European users spend about £100bn annually.
Could they spend a lot less?

Image via Wikipedia
Ofcom estimates that only 23%% of us are on the right tariff and Optimor estimates that we could save about 32% ie £3.3bn (UK Only!)per year IF we were on exactly the right tariff.
Every year 33% of us switch operator - in an attempt to save money.
That's 22m UK switches per annum (8.6m contract users).
The costs to the operators of this churn has been variously estimated but clearly runs into many billions.
Of course, there are price comparison engines which will encourage you to switch based on some fairly superficial evaluation of the minutes you use, the texts and the Mbytes handled (do you have a clue how many of these are whizzing through the phone?)

TAG has been working with a group of Mathematicians from Oxford University led by Prof. Chris Holmes and the founder, Stelios Koundouros, himself a Phd in Maths from the other place (Cambridge) to develop the world's most powerful algorithm for analysing and forecasting usage (of mobile phones, expenditure of all kinds) and comparing it with the literally 10's of thousands of tariffs out there. The company is called Optimor.

The service, which will monitor your phone bill automatically every month - after you give it access to your on-line bill - will recommend the best tariff, provides tips for future usage and generally ensure that you are spending no more than you need.

The service, code named Karoosh (apparently Japanese for death through overwork!) will be released in private beta in the coming few weeks. If you can't wait and want a play with the Alpha, go to the Karoosh blog

My own bill analysis showed me that I can simply save over £200 per year - the regular comparison sites which simply asked me for my minutes and texts would have sent me to a more expensive tariff than I currently have.
Karoosh independently test 38,279 plans & add-ons across the major UK operators.

The telco industry's reaction to Karoosh (or whatever it will be called in future) is going to be interesting. It seems to me that the operators would do better to help consumers find the right tariff within their own network rather than keep fighting for users to switch from another network to theirs.