The cult of the founder

In the world of technology,  the founder is rightfully 'top dog'. Founders are put up on pedestals, its a badge of honour, the most admired of roles.
Settling for co-founder is certainly a better moniker than even CEO.

Founders take the risk, make the leap, make the sacrifices.
And we need the heroic and iconic founders - the Steve Jobs, Jeff Bezos, Marc Andreessen, Nikolas Zennstrom et al to inspire future ones. Their tales are the stuff of legends.

We all know, however, that it is far more complicated than that.
Seldom has a founder been able to realise a dream (or even formulate that dream) without the commitment, blood, sweat and tears of at least a few others. Think Steve Wozniak, Paul Allen, Kevin Colleran (who??) and bunch of others, Janus Friis, Craig Silverstein. 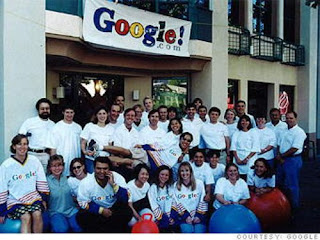 Founders often get disproportionate rewards - both financial and in terms of recognition.

Most recently, I have been consulted - along with many others - by the UK Government asking for ideas as to how to stimulate further the growth of entrepreneurialism in the tech sector.
The Government has been listening and have implemented some important tax and visa changes which are most helpful in this regard. Two of the policies illustrate just how founder focused they have been - and where there is room for further important enhancement.

Firstly,  UK capital gains tax - the tax on the first £10m for entrepreneurs is now only 10%.
However, if you did not have founder shares, but joined after the founding of the company and have an option package, then providing its an approved scheme - eg EMI - then you'll be taxed at 28% - or if unapproved then possibly at 50%. Doesn't seem right, does it?
Often senior execs in a startup have taken considerable risk, leaving highly paid jobs, accepting far lower salaries in the expectation of making a significant capital gain.
We need to attract more of this type of talent to our startup companies and a change to the CGT rules will help significantly.

Secondly, the Entrepreneurs Visa. A big step forward enabling non EU entrepreneurs, with recognised backing to enter the UK. This does not yet apply to talented people - non founders.

So, lets hear it for the unsung backup teams - its tough to build a great company but doing it on your own is simply impossible.
Posted by Unknown at 6:48 pm